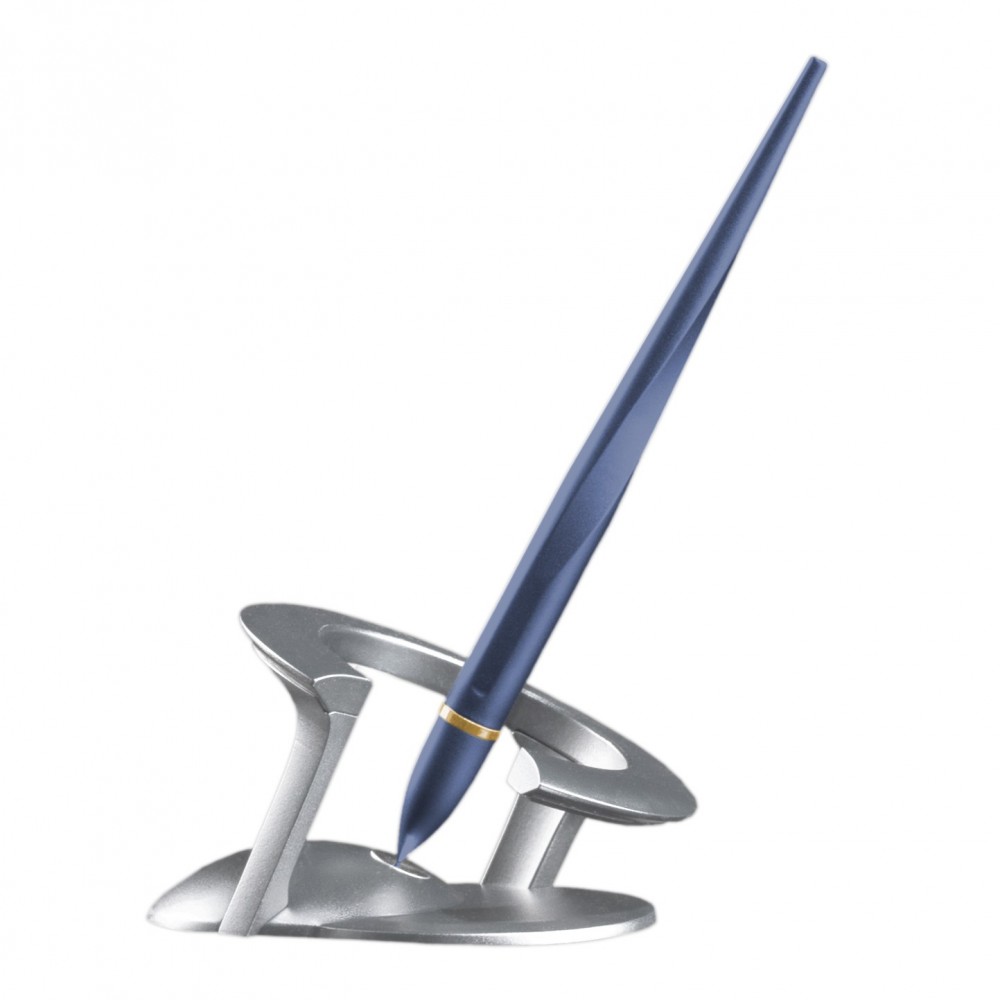 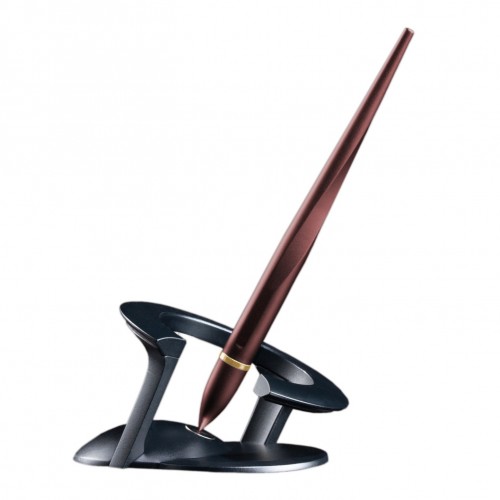 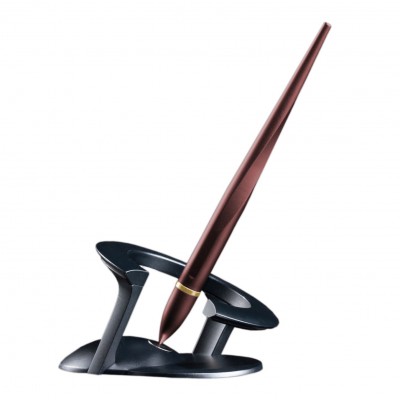 The Origins of the Hoverpen Interstellar

Thanks to the very precise fabrication of the pedestal, the Hoverpen sits in a ring of magnetic repulsion. Balanced at an angle of 23.5°, the pen itself is designed to oppose gravity.

Its magnetised ring keeps the pen suspended in place, giving it that 'floating in space' feel that fans of science fiction and space exploration will love.

With its new streamlined design, the Hoverpen 2.0 becomes a fascinating wonder to watch as it rotates, as its circular acceleration and deceleration is now fully visible. With a simple twist, the pen can be rotated for up to 20 seconds in a seamless kinetic motion.

According to numerous studies, task switching has been shown to improve creativity and problem solving. Researchers have found that by constantly switching tasks, people improve their convergent (logical thinking) and divergent (out-of-the-box thinking) thinking when faced with creative tasks. A Harvard Business Review study found that frequently interrupting brainstorming with regular micro-pauses generated more ideas than no breaks.

Hoverpen was designed around this idea. Imagine the scene: you are working hard on a new project. You are faced with a seemingly complex problem and are thinking about it when you see the Hoverpen on your desk and give it a spin. Over the next hour, you look up and spin the Hoverpen from time to time. Without even realising it, you have reformatted your brain into an idea-generating machine and you solve the problem effortlessly.

Hoverpen Interstellar is designed as the ultimate task-switching tool. Every now and then, take a moment in your day, spin the pen and stimulate your creativity like never before.

The body of the Hoverpen 2.0 is made from a single piece of aircraft grade aluminium designed to last for decades. It is uniquely machined as one long piece of metal - giving it an aura of high quality craftsmanship rarely seen in other pens.

While the head is screwed on separately - allowing the cartridge to be refilled - the rest of the pen is built from what we like to call a 'uni-body' design.
With a pen as high end as the Hoverpen 2.0, it would be a shame to load it with anything but the best ink cartridges. The Hoverpen 2.0 is equipped with Schmidt ballpoint cartridges, the German luxury standard in ballpoint pens. Versatile and flexible, the Hoverpen 2.0 accompanies your writing without a misstep or smudge.
Like most other high-end luxury pens, the Hoverpen 2.0 is fully refillable. Simply remove the cartridge with the clip provided and reinsert a D1 size refill. The quick and easy refills make the Hoverpen 2.0 one of the most versatile pens on the market for a fraction of the price of a luxury pen.

Novium makes full use of magnetism: for this reason, the cap of the Hoverpen 2.0 locks on magnetically. By holding the pen at a small distance from the lid, the cap is drawn onto the pen.

2 free Schmidt D1 cartridges are included in each box. 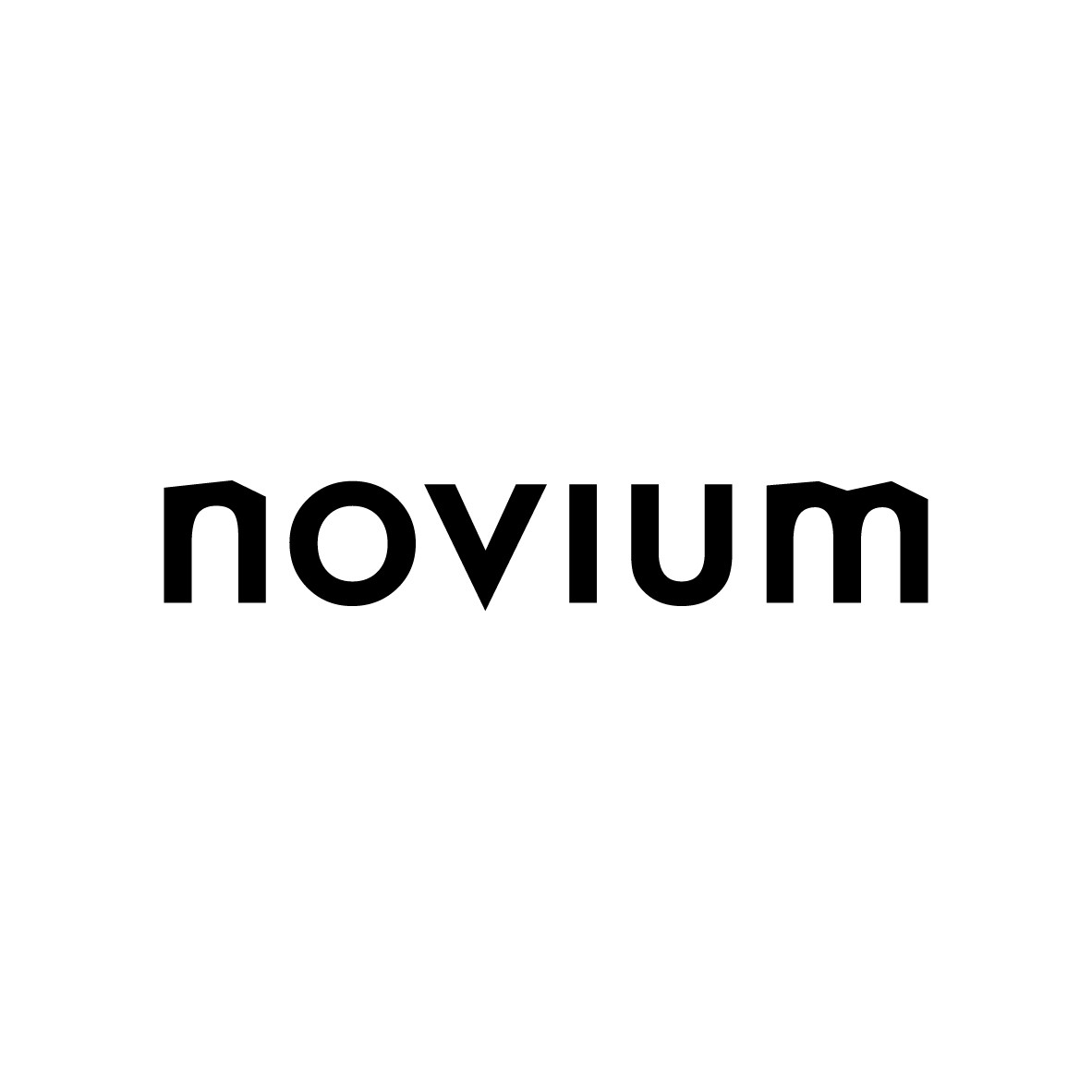 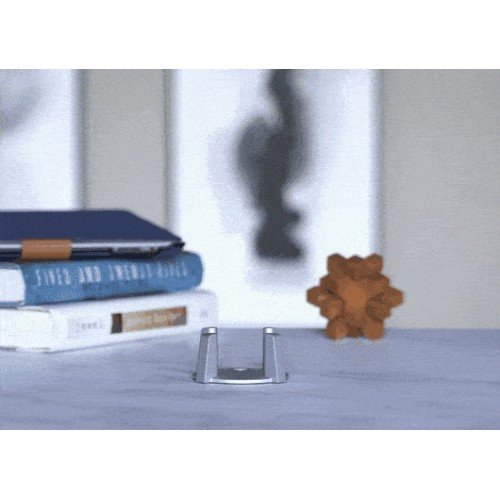 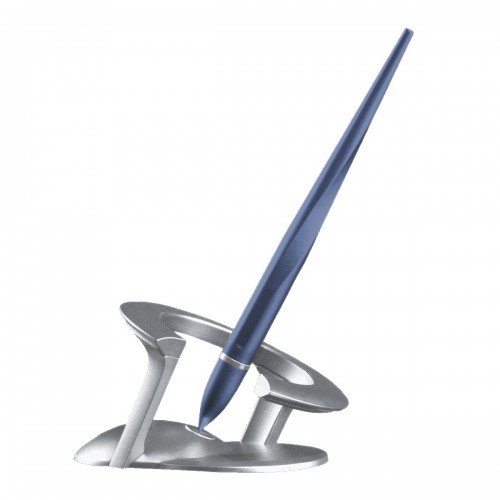 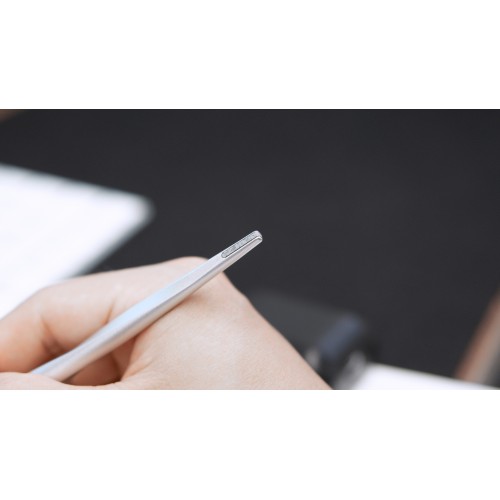 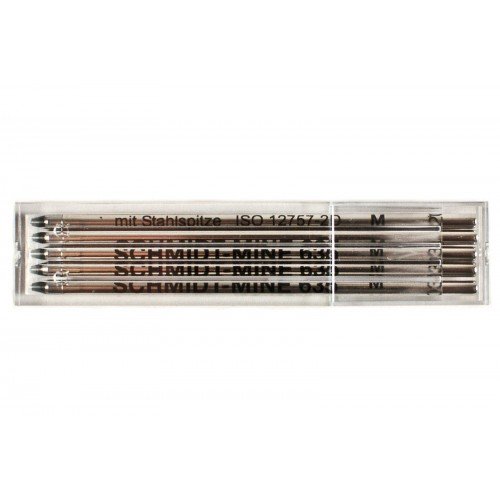